The mission of Hillel at FSU is to enrich the lives of Jewish undergraduate and graduate students
so they may enrich their community and the world.

Jesse Feld brings over eight years of experience working in the Jewish communal field. He most recently served as President and CEO of the Richmond Jewish Foundation. Additionally, he has served as the Director of Development at the Jewish Community Federation of Richmond.

His accomplishments include creating and implementing a leadership development course for young professionals, producing innovative engagement strategies, and leading fundraising efforts spanning from Annual Campaign, and supplemental projects as well as soliciting legacy and endowment gifts.

Jesse experienced many leadership development projects, including graduating from the Jewish Federation of North America's Fundraising University program and the Jewish Theological Seminary's Jewish Experiential Leadership Institute (Southeast cohort). Jesse received his undergraduate degree from the University of Tennessee and earned his Master’s in Public Administration from Ohio University.

After growing up in Memphis, TN, and living in Richmond, VA for the past seven years, Jesse is thrilled to move to Tallahassee with his wife and toddler.

Brian Pelc is joining FSU Hillel as Assistant Director after 12 years of Tikkun Olam in the Florida Panhandle working for The Nature Conservancy. Meanwhile, Brian’s Jewish Journey unfolded at Tallahassee’s Temple Israel where he taught in the religious school and youth group and learned from rabbis and local Jewish academics, led services for Shabbat, High Holidays and B’nai Mitzvah as soloist and created new Jewish music with the local Jewish Southern Folk band, Bagels and Biscuits. Brian, his wife, Melanie and son Josh share their home with a bunch of chickens, ducks, sheep and 3 house cats. Brian believes improving the world is so critical and that can happen in the big woods of Florida and in the community of Jews who are exploring culture, tradition and spiritual connection. Go Noles!

Sophie Friedman is Hillel at FSU’s Ezra Jewish Education Fellow and is excited to be able to work with students to help create and implement impactful religious programming. She graduated from Texas A&M University with a B.S. in Political Science and a minor in Sociology. At Texas A&M, Sophie was active in Hillel, serving as Student Board President. She also engaged in a variety of experiences, including working as an undergraduate researcher, interning for a criminal defense attorney, and taking part in a fellowship on a congressional campaign that allowed her to form an interest in working with others to be able to have an influence, and is thrilled to continue doing so.

Maddy Greene is the Social Justice Engagement Specialist at FSU Hillel. She was born and raised in a suburb outside of Cleveland, Ohio. Maddy received her BA in Communication Studies from Kent State University before moving to Tallahassee to work at Florida State University. As Social Justice Engagement Specialist, Maddy coordinates service, education, and leadership opportunities for students passionate about the Jewish value of tzedek, or justice.

Rachel Gordon has, since 2016, expanded the digital marketing space within Hillel International. Joining the Springboard Fellowship (Aleph/1st Cohort) as a Social Media Specialist at the University of Delaware Hillel, her accomplishments included launching a successful rebrand for the Birthright Israel program and the creation of tracking digital student engagement. Since then, Rachel has been involved with strategizing fun and innovative daily content for Hillel: Birthright Israel program and Hillel International. Rachel currently resides near the Jersey shore with her cockapoo, Drake. In her free time she enjoys taking pictures, eating ice cream and staying up to date on all social media trends.

Meet the Student Board

The mission is to enrich the lives of students by listening to the needs and responding to the interests of Jewish students at FSU.

The mission is to enrich the lives of students by listening to the needs and responding to the interests of Jewish students at FSU. 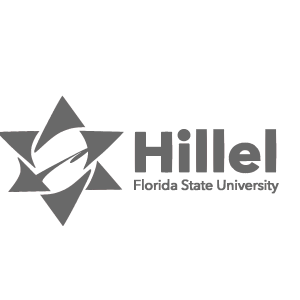